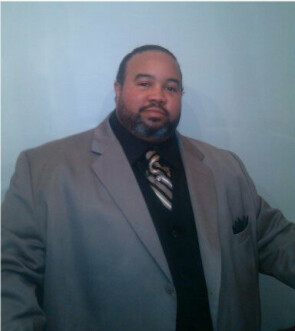 Pastor Page, has been blessed and highly favored to be given the joy and responsibility to be called as the Senior Pastor to the Wonderful family of the First Baptist Church Of McDonald, Pa. As of August 2017

He is a native of Pittsburgh, Pennsylvania raised in the Homewood section of the city. A class of 1991 graduate of George Westinghouse High School, Bulldogs “Science and Mathematics Program”.Born the only child of Grady C. and Danise A. Page.

At the age of seven Pastor Page was allowed to set in the pulpit of the Rodman Street Missionary Baptist Church under the Pastor ship of Rev. Dr. George L. Bowick. It was at that time He was certain God had placed a call on his life. From that moment on God began to develop his gifts of leadership through his participation in many church ministries, school offices, and community groups.

In 1991 during his last year of High School Pastor Page surrendered to that call of God on his life and accepted the call to Ministry. Now, Under the Pastorship and tutelage of Delano R. Paige, he was licensed and ordained to the Gospel ministry. He continued his education at Virginia Union University in Richmond, Virginia where he studied undergraduate Religion and Philosophy as well completing several courses in Virginia Union School of Theology.

Pastor Page in 2006 served his first Pastorate for eleven years at the Good Hope Baptist Church in the East End of Pittsburgh, Pa. until July 2017. Pastor Page has since served in many churches in Pittsburgh, Pa., Richmond, Va., Raleigh, NC. And preached in pulpits from New York to Florida.

Serving the Lott Carey Baptist Foreign Mission Convention for twelve years as an officer and President.The first youth to be one of a ten men preaching team to travel to Montego Bay, Jamaica on a mission trip.

Now Pastor Page looks and presses forward in this new season with First Baptist Church Of McDonald, Pa. As God blesses the membership and ministries to increase, and continues to grow together.